published by Toadlily Press in 2012

One of four chapbooks in the volume Embark. Please contact me if you are interested in obtaining a copy. 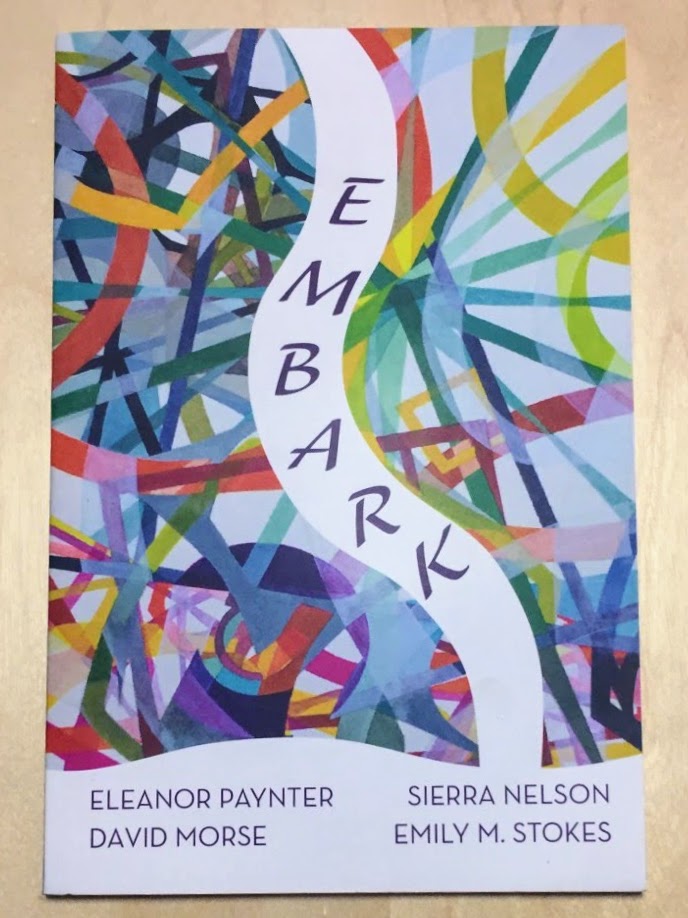 It began with one bee
unrelenting above the sink, then another
at the window. It began again
months later when he climbed the ladder, peered
through the hatch, saw only hive. All spring
the bees' labor a deniable murmur, now the attic
choked by comb, its weight bearing down
on every room, the threat of hidden glistening.
Bitter his hand boring into the amber sweet
that had overtaken them. How many jars of honey
could he have filled. Instead he newspapered out
brick after crystal brick, trying to return
the attic to simple darkness, thinking how
he’d ignored the low drone and now had to pry
the kingdom from the house, this coffin hive
a small empire he passed down to her
in viscid fistfuls, none of it spared.